Friends of the Lab

We encourage you to check out the work of the following friends or former/current collaborators of the lab.

This email address is being protected from spambots. You need JavaScript enabled to view it. 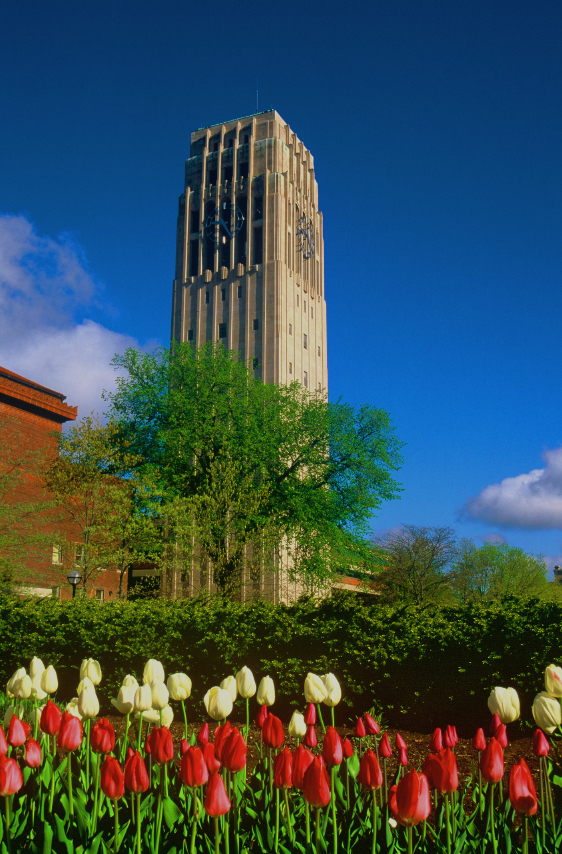 We're located in the Chemistry Building (3rd Floor), just across N. University Avenue from the Bell Tower (above) on the main campus at the University of Michigan, Ann Arbor.

Biological systems are often celebrated for their tremendous complexity.  For example, the dynamics of metabolic networks in bacteria, the interplay between predators and prey in a large ecosystems, and the spread of epidemics in human populations all depend on interactions between the thousands, millions, or even billions of individual “parts” that make up the system. Despite this complexity, however, the behavior of these systems is often the result of relatively simple emergent properties that are shared by a large number of statistically similar, but microscopically distinct, systems.  Motivated by emergent phenomena across physical and biological disciplines, our group applies systems level approaches to the study of living systems, where biologically-relevant dynamics—for example, the evolution of drug-resistance in a population of cancer cells—emerge from interactions and competition between a large number of individual components.  While we study a wide range of biological systems, we are especially interested in multi-drug resistance in bacteria and cancer cells.  Our goal is the development of quantitative tools to measure and predict how interactions between cells and interactions between drugs contribute to large scale behavior of the population as a whole.  Our research is highly multidisciplinary and combines theoretical tools from physics, engineering, applied math, and computer science with experimental approaches from molecular biology, genetics, microbiology, and cancer biology.

Topics of current interest include:

Welcome to the Wood Lab at the University of Michigan!

Newest collaboration with Erida Gjini now out in eLife!

2021: Anupama's recent paper on cooperative resistance is out in ISME!

2020: Jeff's paper on evolution in correlated environments is out in Evolution!

We are always interested in hearing from bright, motivated students or postdocs!  Click here for more information.